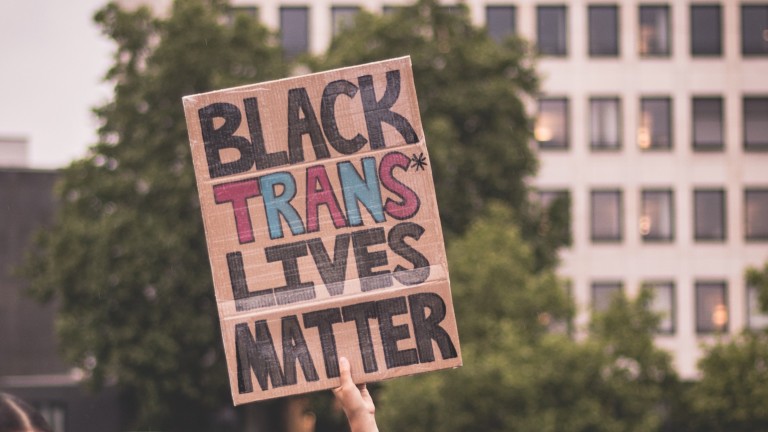 What Is Identity Socialism? presented by Dinesh D'Souza

There’s a new socialism in town. I call it identity socialism.

The old socialism, the kind Karl Marx dreamed up, was all about the working class, the sort of blue-collar worker who, ironically, voted for President Trump. But today’s socialist couldn’t care less about the guy in the hardhat. He had his chance at revolution and blew it. Today’s socialist is all about race, gender, and transgender rights. Class is an afterthought.

To understand this is to understand the Left’s takeover of the college campus and all the ills that takeover has spawned: from MeToo to Black Lives Matter to girls competing against biological boys. But campus culture has now metastasized into the culture of the whole society. As liberal writer Andrew Sullivan has put it: “We all live on campus now.”

One may think this is all part of the politics of inclusion, but to think that is to get only half the picture. The point, for the left, is not merely to include but also to exclude.

So, where did this identity socialism come from? Meet Herbert Marcuse.

Born in Berlin in 1898, Marcuse fled Germany at the dawn of the Nazi era. After stints at Columbia, Harvard, and Brandeis, Marcuse moved to California, where he joined the University of California at San Diego in 1965. You’d think that living in a paradise like Southern California with all the comforts and privileges of academic life, might have softened Marcuse’s Marx-like hatred of capitalism. But it was not to be. If anything, the more he prospered the more he wanted to bring the system down.

He had a problem, however. A big one. Socialism didn’t work in America. Life was too good. The working class in the US didn’t aspire to overthrow the existing order, they aspired to own a home. How could you foment revolution without revolutionaries? Classic Marxism had no answer for this. But almost a hundred years after Marx, Marcuse did. The answer was college students. They would be the recruits for what he termed the Great Refusal—the repudiation and overthrow of free market capitalism.

Conditions were perfect. The students of the sixties were already living in what was in effect a socialist commune—a university campus. Rather than being grateful to their parents for providing them with this opportunity to learn and study, they were restless and bored. Most importantly they were looking for “meaning,” a form of self-fulfillment that went beyond material gratification.

Of course, as with all successful social movements, timing was critical. Here Marcuse was very fortunate. The sixties was the decade of the Vietnam War. Students faced the prospect of being drafted. Thus, they had selfish reasons to oppose the conflict. Marcuse and his acolytes turned this selfishness into righteousness by teaching the students that they weren’t draft-dodgers; they were noble resisters who were part of a global struggle for social justice.

Marcuse portrayed Ho Chi Minh and the Viet Cong as a kind of Third World proletariat, fighting to free themselves from American Imperialism. This represented a transposition of Marxist categories. The new working class were the Vietnamese “freedom fighters.” The evil capitalists were American soldiers serving on behalf of the American government.

Marcuse found, in addition to the students, other groups ripe for the taking. The first was the Black Power movement, which was a militant adjunct to the Civil Rights Movement. The beauty of this group, from Marcuse’s point of view, was that, unlike white students, its members wouldn’t have to be instructed in the art of grievance; blacks had grievances that dated back centuries. Through another Marxist transposition, “blacks” would become the working class, “whites” the capitalist class.  Race, in this analysis, took the place of class.

Another emerging source of disgruntlement was the feminists. Marcuse recognized they too could be taught to see themselves as an oppressed class. This of course would require a further Marxist transposition: “women” would now be viewed as the working class and “men” the capitalist class; the class category would now be shifted to gender.

Marcuse recognized that educating and mobilizing all these groups— the bored students, the aggrieved blacks, and the angry feminists—would take time. But he wasn’t in a hurry. Soon enough the radical students would be the radical professors teaching identity socialism to a fresh crop of impressionable recruits.

Over time, Marcuse believed, the university could produce a new type of culture, and that culture would then spill into the larger society to infect primary education, the news media, and entertainment. Even big business, the hated capitalist class, itself, would succumb.

He was right. Identity socialism has arrived.

BLM Leaders in Their Own Words

Are You on the Wrong Side of History?

What is Social Justice?

BLM Has No Interest in Helping Black People

What Does Diversity Have to Do with Science?

Never Apologize to the Mob

Bowing to the Mob Makes You a Smaller Person

How To End White Privilege

No Past, No Future