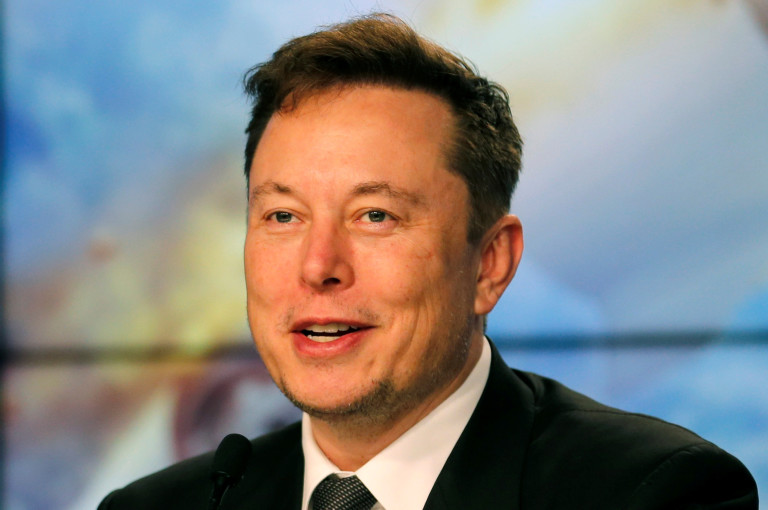 If you're not wary of any infringements on our civil liberties, you're not paying attention. This is your reminder that the government has no authority to tell you where you can go, who can have in your home, or that you can't earn a living.

Here's what Elon Musk had to say on The Joe Rogan Experience about the coronavirus shutdown:

"We should be concerned about anything that's a massive infringement on our civil liberties. You've got to put a lot of weight on that. A lot of people died to win independence for the country and fight for the democracy that we have. We should treasure that and not give up our liberties too easily. I think we probably did that."

Elon is right! Bigger government diminishes liberty. This should be obvious. The more government, the more rules. The more rules, the less liberty. Every nation that has accepted tyranny has done so in the name of something that sounds nice. In this case, "health" and "safety."

If you own a small business, DON'T LISTEN. STAY OPEN! No politician has a right to prevent you from making an income. In America, government exists to protect certain unalienable rights, among these are "Life, Liberty and the pursuit of Happiness," not to run citizens' lives.

Therefore, aren't lawmakers, who swear to uphold the Constitution, obliged by their oaths to vote for liberty? The problem is that liberty is a complicated idea that means different things to different people. The Framers believed that most decisions in people's lives would not and should not be made by the government. They should be made by ordinary people: which job to take, which business to start, whom to associate with, how much to sell or buy things for, and innumerable other choices. The American experience has been that we are, on balance, richer, safer, and freer when those decisions are made outside the government by individuals pursuing their own dreams and their own self-interest.

America must be allowed to get back to work. The economy isn't some magic horn of plenty. As Elon told Joe Rogan, "Let me just break it to the fools out there: if you don't make stuff, there is no stuff." How can you expect things to magically exist for you when people aren't going to work to create those things? Economists agree: We need productivity and output.

We've drifted a long way from the original vision of the Founders. The further we've drifted, the more powerful the federal government has grown, and the less free Americans have become. Freedom can be taken away, but it can also be given away — out of sheer ignorance. If we Americans, we the people, want to get some of that freedom back, we need to read America's founding documents. All the freedom we ever wanted is there.

America Must Get Back to Work

The Bigger the Government...

Where Do You Want to Live: Red State or Blue State?

Officer's Message to Police: We Are Trampling People's Liberties

Reagan: Get Government Out of the Way

Religious Liberty: You Can't Be Free Without This

Open the Churches Back Up

No Lockdowns for the 1969 Hong Kong Flu

A Free Society Comes With Risks

MSNBC: Americans Are Too "Obsessed" With Freedom

Wearing Masks and Choosing to Disobey the Law

If We Lose John Locke, We Lose America

Cops & Coronavirus — What You Need to Know

Pediatrician: Children Need to Go Back to School

Who Does a COVID-19 Shutdown Hurt the Most?

We Must Restart America's Economy

A Doctor's Message to Anthony Fauci

Ep. 133 — Fear, Credibility, and the Threat of a Police State

Is the Coronavirus Decline Due to the Lockdown?