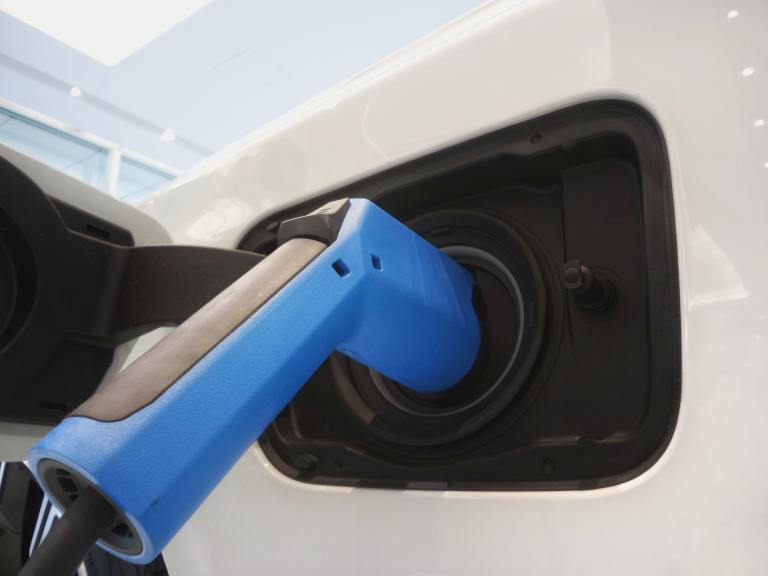 California will ban sale of gas-powered cars by 2035. It's the sixth-biggest economy in the world, yet emits only 1% of the world’s carbon emissions, and electric cars present their own environmental problems. For example, where does the electricity that powers electric cars come from? And what about the CO2 emissions produced during electric cars' production?

Do electric cars really help the environment? President Obama thinks so. So does Leonardo DiCaprio. And many others.

Regular cars run on gasoline, a fossil fuel that pumps CO2 straight out of the tailpipe and into the atmosphere. Electric cars run on electricity. They don’t burn any gasoline at all. No gas; no CO2. In fact, electric cars are often advertised as creating “zero emissions.” But do they really? Let’s take a closer look.

First, there’s the energy needed to produce the car. More than a third of the lifetime carbon-dioxide emissions from an electric car comes from the energy used make the car itself, especially the battery. The mining of lithium, for instance, is not a green activity. When an electric car rolls off the production line, it’s already been responsible for more than 25,000 pounds of carbon-dioxide emission. The amount for making a conventional car: just 16,000 pounds.

But that’s not the end of the CO2 emissions. Because while it’s true that electric cars don’t run on gasoline, they do run on electricity, which, in the U.S. is often produced by another fossil fuel -- coal. As green venture capitalist Vinod Khosla likes to point out, "Electric cars are coal-powered cars."

The most popular electric car, the Nissan Leaf, over a 90,000-mile lifetime will emit 31 metric tons of CO2, based on emissions from its production, its electricity consumption at average U.S. fuel mix and its ultimate scrapping.

A comparable Mercedes CDI A160 over a similar lifetime will emit just 3 tons more across its production, diesel consumption and ultimate scrapping. The results are similar for a top-line Tesla, the king of electric cars. It emits about 44 tons, which is only 5 tons less than a similar Audi A7 Quattro.

So throughout the full life of an electric car, it will emit just three to five tons less CO2. In Europe, on its European Trading System, it currently costs $7 to cut one ton of CO2. So the entire climate benefit of an electric car is about $35. Yet the U.S. federal government essentially provides electric car buyers with a subsidy of up to $7,500.

Paying $7,500 for something you could get for $35 is a very poor deal. And that doesn’t include the billions more in federal and state grants, loans and tax write-offs that go directly to battery and electric-car makers

The other main benefit from electric cars is supposed to be lower pollution. But remember Vinod Khosla’s observation "Electric cars are coal-powered cars."

Yes, it might be powered by coal, proponents will say, but unlike the regular car, coal plant emissions are far away from the city centers where most people live and where damage from air pollution is greatest. However, new research in Proceedings of the National Academy of Sciences found that while gasoline cars pollute closer to home, coal-fired power actually pollutes more -- a lot more.

But of course electricity from renewables like solar and wind creates energy for electric cars without CO2. Won’t the perceived rapid ramp-up of these renewables make future electric cars much cleaner? Unfortunately, this is mostly wishful thinking. Today, the U.S. gets 14% of its electric power from renewables. In 25 years, Obama’s U.S. Energy Information Administration estimates that number will have gone up just 3 percentage points to 17%. Meanwhile, those fossil fuels that generate 65% of U.S. electricity today will still generate about 64% of it in 2040.

While electric-car owners may cruise around feeling virtuous, the reality is that the electric car cuts almost no CO2, costs taxpayers a fortune, and, surprisingly, generates more air pollution than traditional gasoline cars.

The War On Cars

The Truth about CO2

What's Wrong with Wind and Solar?

Why You Should Love Fossil Fuel

Do We Have to Destroy the Earth to Save It?

What Is Big Green?

Conservatives Are the Real Environmentalists

Can We Rely on Wind and Solar Energy?

What's the Deal with the Green New Deal?

Is Climate Change Our Biggest Problem?

What They Haven't Told You about Climate Change

Where Your Electricity Comes From